Old Jack woke with a start, his tired eyes trying to focus on the world around him. For a moment he wasn’t quite sure where he was, he just knew he had the sensation of rocking and could see the white pinpricks of the stars above him. He slowly pushed himself up, his old bones creaking as they stretched and pulled him into a sitting position. Looking around, he chuckled to himself as the realisation hit him: he must have fallen asleep on his boat again. “Martha is going to kill me.” he said to himself with a smile.

Jack looked around, noticed that his boat was really looking shabby these days. He made a metal note that during the winter he was going to have to make an effort to clean things up. He really should look after the old girl, she was his livelihood and in her heyday one of the finest fishing boats on the Island. Old Jack was one of the last fishermen left in Steephill Cove he wanted to make sure she had as much life in her as he did. She was, after all his second greatest love behind Martha.

He and his wife Martha had lived in Steephill Cove all their lives, cut off from the rest of the Island, but happy in their isolation. Martha would tend to the animals on their little small holding and Jack would go out fishing in all-weather then selling his catch to the fishmongers. Their children had moved away long ago, seeking a more exciting life on the mainland and had no interest in continuing in the family business. So it was just the two of them now and it was a simple life, but one that made them both very happy.

“Well, I suppose I had better get going.” he mumbled to himself, “Martha will probably have thrown my supper out by now.”

Straining against gravity, the old man got up on one knee and holding onto the side of his trusty boat he hauled himself up onto both feet. His body felt so tired these days, age really was overtaking him, but tonight was especially bad and he felt like he hadn’t moved in years.

His old clothes seemed to just hang off him now, he was no longer the strapping young lad of yesteryear. Skin and bone is how he felt, a shadow of his former self and as he started to climb off the boat he noted how cold and empty everything seemed to him now.

Something was different about tonight, the air was warm and still, but Old Jack felt cold to the core. The sounds around him seemed muffled and distorted like he was listening to the world thought an old pipe. His old eyes, though not what they used to be, were still keen and sharp, but tonight they felt watery and everything had a misty glow to it.

“Pea soup’s coming in.” he thought to himself. It wasn’t unusual for the strange wall of fog to roll in over the Island and when it did, everything would change. People would say that the veil between the worlds was thin when this happened, and the spirits would walk the Isle. Old Jack shivered at the thought and felt a twinge of nervousness as he looked at thickness enveloping him. He chided himself for buying into those old superstitions, “Bah! Don’t be stupid you old goat. Now get on, you won’t be able to see more than a foot in front of your face soon.”

Old Jack trudged on as he had quite a few steps to walk up before he would get to their little cottage. As he walked he heard a clicking sound, a rock must have become lodged in to tread of his shoe and was hitting the pavement as he walked. He didn’t think anything of it, in fact it was somewhat comforting.

They didn’t call it Steephill for nothing and he wondered to himself how he ever made it to the top. Tonight, the steps seemed to go on forever, each footstep felt like he was walking through mud and each time his foot hit the stone he would hear the click. Eventually, half way up he had to stop and rest. He crumpled down on one of the steps, noting how it felt like the stone was so rough that is was scraping his very bones. The air was still and thick, still warm, but that undercurrent of chill was still there. He took a deep breath, breathing in the heaviness and off in the distance he heard some voices.

He called out into the mist, “Hello?” but heard no reply.

The voices, though muffled, started to get closer and Jack could make out the sound of two, maybe three people. They were laughing and talking, but something was not right about them, they were getting closer, but still sounded so very far away.

Suddenly, without any warning, they were upon him, whooshing past him like phantoms in the night. So close and loud that they made Old Jack jump – his heart beating fast and so hard that he could almost feel it hitting his ribcage. There were three of them, cackling away, arm in arm and in that joyous state where they’re had too much to drink but don’t care.

The old man pulled himself up and was about to tell them off for not even excusing themselves and scaring a poor old man to death, but they were gone. The fog had closed in around them and even their muffled sounds had eerily faded into nothing.

Somewhat invigorated by his odd encounter, Old Jack turned and continued to walk to the top of the stairs. The only sounds around him were the echoing click, click as he walked. He would get the damn rock out of his when he got home and could see again. The Fog was deep and thick now, it was winding its way around everything and it felt like the very filaments of it were passing directly through his skin and into his joints.

The streetlights, glowing yellow in the night hardly lit his way, but it didn’t matter, he could have walked home blindfolded. At the end of the road was the entrance to his driveway. It was nothing more than a gravel path and he noted that this too needed work. The once well-kept drive to his home was now potholed and the whitewashed stones that marked the edge were now nothing but a shabby grey. Time waits for no man he thought to himself.

He got to the front door and went to open it, it was locked. He looked through the window and saw that not a single light was on. “What time is it? I must really be in the dog house if Martha has locked the door.” He half chuckled to himself.

Jack started to bang on the door, how hard the wood felt against his knuckles now. Old age and arthritis had done their job and everything was just so much harder than it used to be. Not getting anywhere with the knocking (except for saw knuckles) he called out to his wife “Martha! Martha! Let me in!” but still nothing.

Look around, he decided to throw some of the gravel from the path at their bedroom window. After some time, he saw the yellow glow of a light turning on and his wife looking out the window. Old Jack banged on the door again and called out “Martha! Let me in, I’m home!”

Finally, the light in the front room turned on, the warm glow spilling out through the open curtain. Old Jack prepared himself for the berating that was to come; he put on his cheekiest smile and came close to the window but what he saw made him stop in his tracks.

Staring back at him was the face of an old woman that looked like his dear Martha, but not the woman he left that morning. Her palled skin was pulled tight, her eyes wide open and staring out into the night. Her head, lolling uncontrollably and contorted in the ugliest of ways. Then, without any warning the person before Old Jack started to scream, the scream of someone possessed.

Old Jack took a step back, he did not know what was going on, he put his hands up to the window and called out to his wife “Martha! Martha...” And he stopped.

He looked at his hands and saw the putrid flesh hanging off his fingers, the whites of the exposed boned peeking through. And as Martha closed the curtains in panic, Old Jack was confronted with his own reflection, the horrid grinning face of a skull, eye sockets empty and blackened rotting skin peeling away.

As he walked backwards in a panic he heard the sound coming from his shoes again. He looked down and instead of boots he saw the remains of his bony fee click clicking against the pavement. 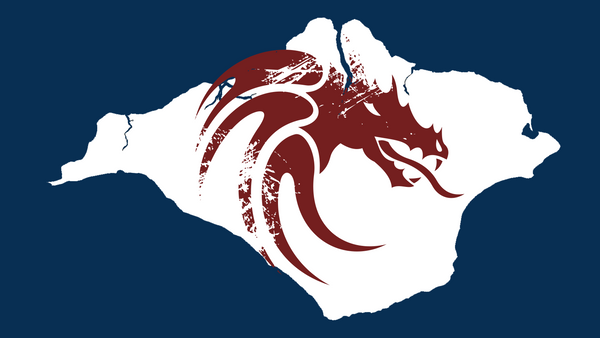 In the time of the three islands, before this Sacred Isle became one, all the lands lay still and cold. The Gods moved over the bare ground, working their magic and creating a dominion for themselves.