In the time of the three islands, before this Sacred Isle became one, all the lands lay still and cold. The Gods moved over the bare ground, working their magic and creating a dominion for themselves. They created mountains and valleys, forests and grasslands and over eons they created all the creatures that roamed, flew and swam.

Powerful magic was used to create this wonderful world and it should be of no surprise that left in hidden parts of the world bits of this magic remained.
The energy flowed through the lands, swirling and wrapping itself around objects. Some objects became magically enchanted, while others resisted, and the energies would move on. Eventually, finding cracks and fissures in the Earth the magic seeped deep underground to where the rocks are so hot they flowed in rivers of lava and ash.

Unconstrained by any god, this magic took on a life on its own and acting upon the fiery depths it forged an egg. This egg, hard as diamond and heavy as lead lay quietly within its inferno covered home for centuries. Magically fertile, the egg held a living thing safe within its impenetrable walls; an animal never seen by god nor beast. The creature grew larger and stronger as it was nourished  by the blaze and the magic that surrounded it.

The centuries passed and the egg floated on the underground molten sea until it found a place to escape its confines. With a thunderous sound it belched forth from the ground causing the earth around it to be engulfed in a conflagration that had never been seen before nor since. The egg flew high into the air until the pull of the ground caused it to come crashing down and it destroyed a mountain in its wake. Dirt, rock, trees and rivers were thrown for miles in all directions and nothing was left, but the egg.

All was silent, except for the distant crackling of the fires around gaping hole that gave birth to the egg. No bird sang, no dear walked, it was like the wind itself was scared to approach the still hot object lying on the bare ground.

After a time a cold mist rolled in and tightly wound itself around the land, but still the egg lay silent.

The mist turned into rain and the rain into a torrent the egg started to move, rocking from side to side until finally with a sharp cracking noise it opened. As the egg opened a stubby little snout popped out, the creature’s nostrils barely slits through her scaly skin. Then, pushing with all her strength she was finally able to push her entire head out and for the first time saw the world around her.

She was the first dragon. Born from fire and magic, she would go onto be the mother of all dragons that once roamed the earth and her name was Ollpheist.

Ollpheist roamed the Earth and when she found a suitable place she would lay her eggs, these eggs would then birth their own dragons. These dragons all had their own personalities and although many were benevolent, a few were not. These malevolent dragons were driven by greed, they caused havoc and destruction where ever they went.

Millennia passed, and a new inhabitant started to make itself known throughout the lands: humanity. These people gathered together in tribes and moved through the world building houses and villages, roads and farms. They lived deep within fertile valleys as well as rough and unforgiving mountain tops.

People would go onto fight each other and in between these tribal battles they would fight the dragons; constantly at war, the whole Earth would tremble. The dragons, once challenged would lay waste to the lands of the tribes and the tribes would retaliate by destroying any dragon they came across, no matter what the creature’s disposition. The wars between the tribes and dragons raged for centuries leaving great scares and rifts upon the lands.

The fighting did not go unnoticed by the mother of the dragons and she wept great tears of sorrow and remorse. Ollpheist took to the skies and travelled to the lands of the dragons. She stood before them, and using all her authority, she appeal to her children to learn to help the tribes of humanity, but anger and revenge were now in the dragons’ hearts. No amount of pleading from their mother would change their minds and they stood as one to banish her from their lands. No longer would they listen to Ollpheist, she had no control over her children and all she could do was let the wars rage on.

Sorrow upon her, the Mother Dragon left that place and flew high into the skies. Her heart was broken and as she looked down at the battles that were being fought below, she lost her faith. Ollpheist flew a great distance in search of refuge, she let the trails of magic lead her, trusting in those fine filaments that weave themselves through the world. As she flew, she found that the energy grew stronger until she came to a place of three islands.

Ollpheist landed on the centre island and lay down to rest and presently closed her eyes and fell into a deep sleep.

Suddenly she was awoken by the sound of chanting, she opened her eyes and saw that gathered around her were people paying tribute.

“What is this place?” she asked in a warm and calming voice.

One man came forward, introduced himself as their King, bowed his head and explained “This is Ictis, the land of the Old Gods and these are my people. We were given these lands in a time before we can remember but we are fragmented. Our land is split in three, it causes disunity and forever we find ourselves fighting between ourselves.”

The Dragon nodded her head, she knew only too well the trials of conflict and she gestured to the King to continue.

“I do my best to keep my people whole, but we find harmony is slipping away; our family is no longer one, and I fear soon it will be torn asunder forever.”

After some time, Ollpheist spoke, “My King, your story is one that I understand and have experience with. I have lost my family and find myself abandoned and alone. I offer you this accord: If you grant me sanctuary in your land I will promise to unify and protect your people for as long as the Sun shines and in the sky and the seas lap against the sands. All I ask is that you trust and never forget me.”

With great joy in his heart, the King agreed to the terms “O Great Dragon, from now until eternity, this land will remember you, you will be our protector, our mother, our very soul. This land will forever be your home.”

Ollpheist smiled at the people before her and blessed the Tribe with good fortune. She then turned and began to bury herself into the earth, deeper and deeper she buried until she could feel the heat of the lava that gave her life. She pulled the rock and dirt over her, her body becoming one with the land and as she pushed, the three islands became one. Her spine becoming the backbone of the Island, her head and nostrils forever looking out to sea on the east and her tail, holding up the needles in the west.

The Mother Dragon is now asleep beneath the land, holding it high and keeping unity afloat. The land once known as Ictis then Vectis, Wihtwara then Wight, will always be the sacred Island of the Dragon. And, although Ollpheist sleeps, she still listens and still protects and waits for the time when she will rise to defend us once again. 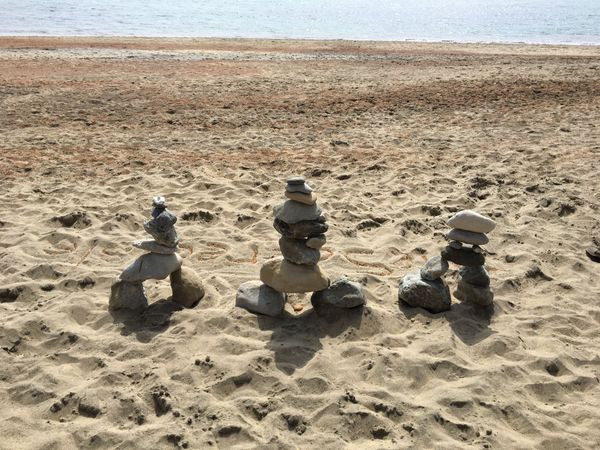 A brief history of the pagan kings of the Isle of Wight. A history that takes us from Wihtgar and Stuf to King Arwald. 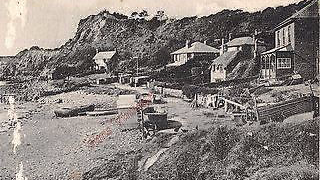 The story of Old Jock of Steephill Cove. Jack awakens after falling alseep on his boat and ends up having the strangest night of his life.